North Station is a major transportation hub in Boston Massachusetts.  It is one of two terminals for Amtrak and Commuter Rail trains in the city.  South Station is the other.

North Station is located beneath the TD Garden arena, a large sports complex in the city that is also used for concerts and other major events. 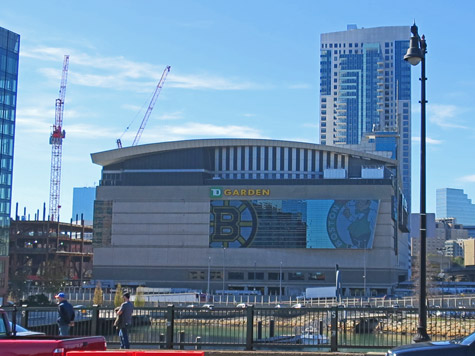