The Old State House in Boston Massachusetts was headquarters to Britain's colonial government from 1713 thru 1776.  On March 5th, 1770, five colonialists were shot by British guards, an event that became known as the "Boston Massacre".

The Declaration of Independence was read from the balcony of the Old State House in 1776. 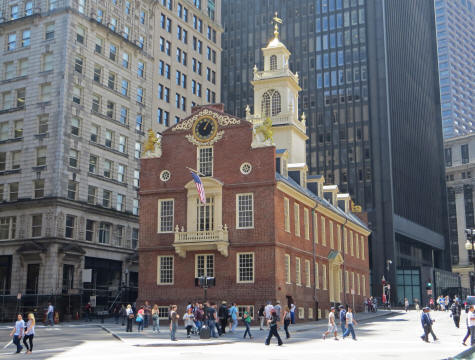 After independence, this historic building was subsequently used as the Massachusetts Legislature and for other purposes.

The Old State House is located at the intersection of State Street and Washington Street in the heart of Boston USA's financial district.