The Massachusetts State House is the historic domed building in Boston USA that served as an architectural model for the US Capital Building in the Washington DC and for other states.  It was officially opened in 1798.

The massive dome at the top of the building was sheathed in copper and then later covered with 23-carat gold. 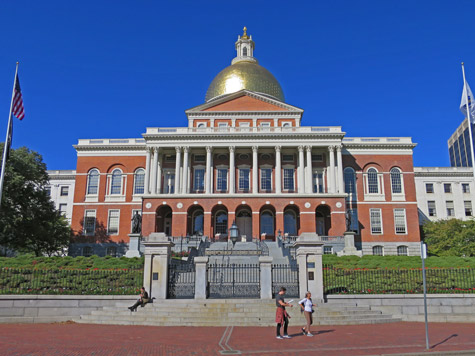 The Massachusetts State House is located in Boston's west end, across the road from Boston Common.