The mall was named after Paul Revere, who helped organize an early warning system that was intended to keep watch on British troupes. 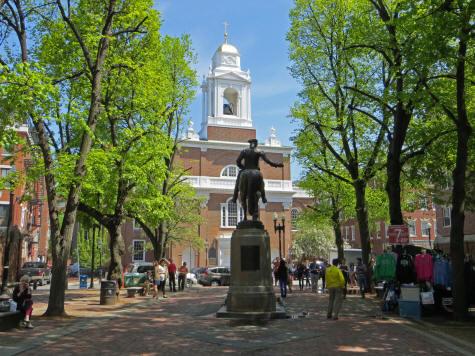 Paul Revere Mall is located in the north end of Boston Massachusetts.